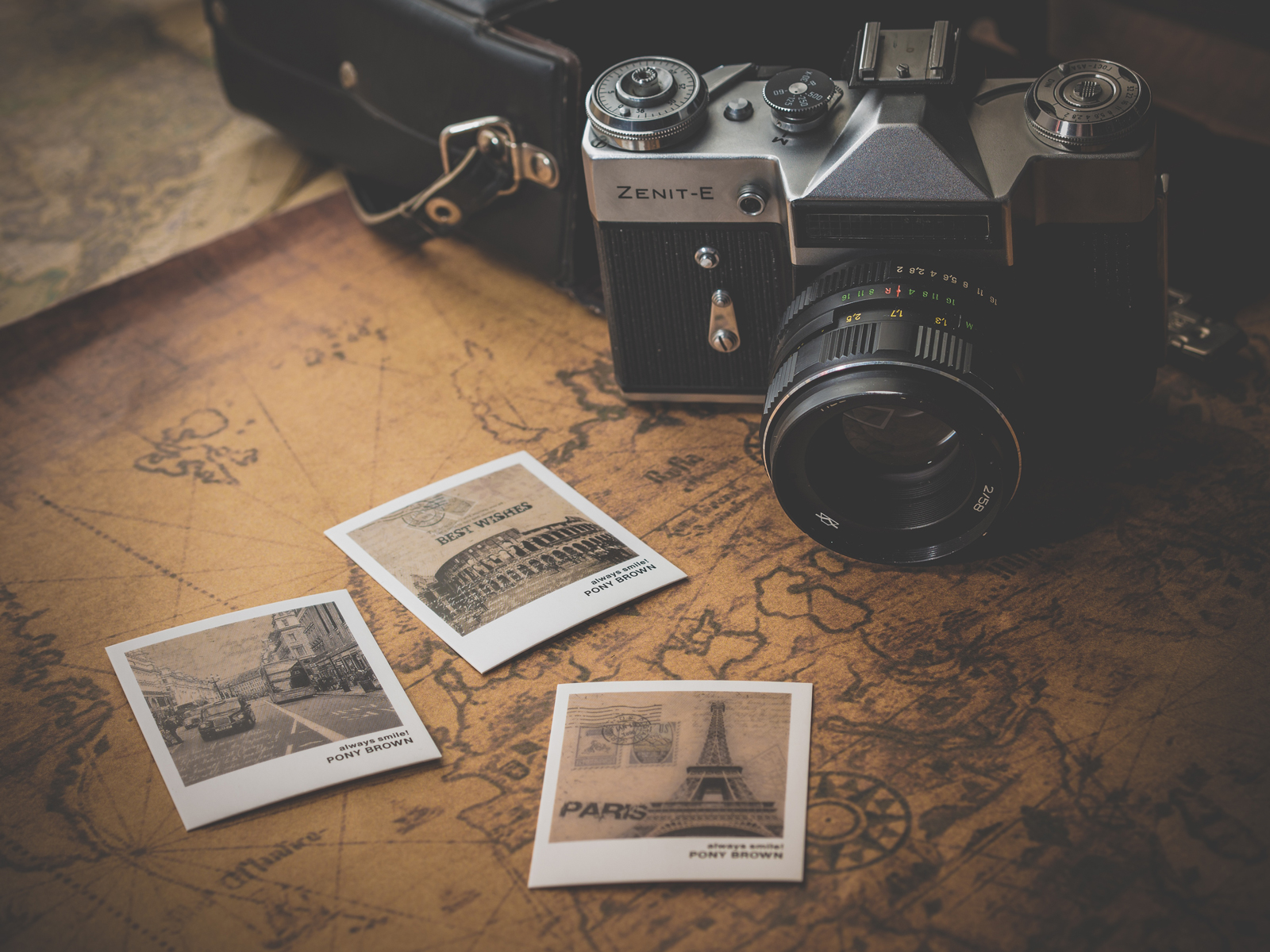 Have you ever dreamed of travelling the world to visit its most incredible sights?

While the renowned seven wonders of the ancient world have largely been lost in the mists of time, here are seven more that you can marvel at today. While some are well known to British travellers, others are accessible only to the more intrepid adventurer!

Read on to find out more, and to discover why you might need non-standard travel insurance to cover you during your holidays abroad.

What are the 7 Wonders of the World today?

At the turn of the millennium, a Swiss-based non-profit organisation, New7Wonders, decided it was high time to update the famed ancient list.

It invited nominations for human-made structures that had been completed by 2000 and were in an 'acceptable' state of preservation.

Some 200 nominations were made which were then whittled down to a shortlist of 21, including landmarks such as the Eifel Tower, the Statue of Liberty and the Sydney Opera House.

In 2007, 100 million people cast their votes by phone or the internet in what was said to be the largest-ever global vote.

Whereas the ancient seven wonders were concentrated around the Mediterranean, the focus has now shifted to Asia and Latin America.

Here are the results, from east to west – perhaps you can visit them all in one long, utterly unforgettable vacation!
Just remember to get long-stay cover with your non-standard travel insurance.
While it may be just a myth that the Great Wall of China is visible from space, it's undeniably a stupendous sight in a stunning setting.

It's not actually one single wall: rather, it's several stretches of wall, built along the hilly border between China and Mongolia, totalling about 12,427 miles.

The oldest parts date back to 700 BC, while the newer sections were built during the Ming Dynasty in the 1300s.

You can reach a restored section as a day trip from Beijing, where a cable car does the hard work for you. If you prefer a challenge, however, you could take a walking tour of a more remote section.

Remember – you'll need to be a fit and experienced hiker, and you'll be a long way from healthcare services here. Make sure you're covered for airlifting to the nearest hospital under your non-standard travel insurance policy, just in case of accidents or emergencies.
Built in the seventeenth century, the Taj Mahal is as breath-taking now as it must have been then. No matter how many photos you have seen of this building, nothing prepares you for its beauty.

Commissioned by the Mughal emperor Shah Jahan in honour of his wife, Mumtaz Mahal, it is known as a monument to love. Perhaps you and your own love have always longed to visit this spectacular building!

Constructed of white marble, it glows golden at sunrise and glistens in the daytime sunshine. While its exterior is unadorned, it contains exquisite carvings adorned with thousands of semi-precious stones.

It is surrounded by ornamental gardens where you can stroll, relax, and soak up the atmosphere of this unforgettable place.

A holiday to India and the Taj Mahal is a lifelong dream for many people. Non-standard travel insurance can cover you for pre-existing medical conditions, even including terminal illnesses.
Established in the third or fourth century BC, the famous 'Rose City' is old enough to be an ancient wonder. However, it was largely forgotten by everyone except its Bedouin inhabitants until rediscovered by a Swiss explorer in 1812.

This ancient city, part of the Nabataean Kingdom, comprises monuments and tombs carved out of a sandstone rock face. They survive today in remarkably good condition.

You access Petra by walking through a narrow canyon, then exit to the incredible sight of the Treasury. Other notable sights include the Street of Facades, the Royal Tombs, the High Place of Sacrifice, and the Monastery.

At sunset, the colours of the sandstone turn bolder, giving the city a fiery look. You can stay after dark, too, and see the Treasury by candlelight.

Although numerous vacation tours will take you to Petra in comfort and safety, this is a remote desert location. If you have a pre-existing medical condition, make sure you have quality non-standard travel insurance to ensure you’re covered if you need emergency transport to hospital.
It's been 2,000 years since this giant Roman amphitheatre first hosted a gladiatorial battle, but you can still imagine the roars of the wild animals, fighters and spectators today.

An iconic symbol of the might of the Roman Empire, the Colosseum has weathered the intervening millennia remarkably well. The 50,000 spectators it used to seat have been replaced by many thousands of tourists, but the Colosseum remains a dramatic sight.

You can still explore the underground tunnels where the animals were kept before being released into the arena to fight, as well as the first and second storeys of the spectators’ area.

The Colosseum is the easiest of the new seven wonders for UK tourists to visit, being located just a short hop abroad.

As with every crowded vacation site, pickpockets may target unwary tourists. Make sure your baggage, personal possessions and money are covered by non-standard travel insurance.
Towering above Brazil's most famous city, Rio de Janeiro, is this 98-feet tall, gleaming white statue, its arms stretched 92-feet wide.

It was built on top of Corcovado mountain from reinforced concrete and soapstone in 1922-31, making it the most modern of the new seven wonders.

In the intervening decades, it has become not only one of the landmarks of Latin America, but also a worldwide symbol of Christianity and peace.

While you can look up at the statue wherever you are in Rio, you should not miss the opportunity to stand at its foot and gaze out over Rio and the Guanabara Bay.

The most exhilarating routes up are by train or a three-hour hike along a trail through the Tijuca Forest.

While you could spend a lifetime exploring just Brazil, the world's fifth-largest country and also home of the Amazon rainforest, you might also consider a holiday around Latin America to take in another couple of modern wonders. 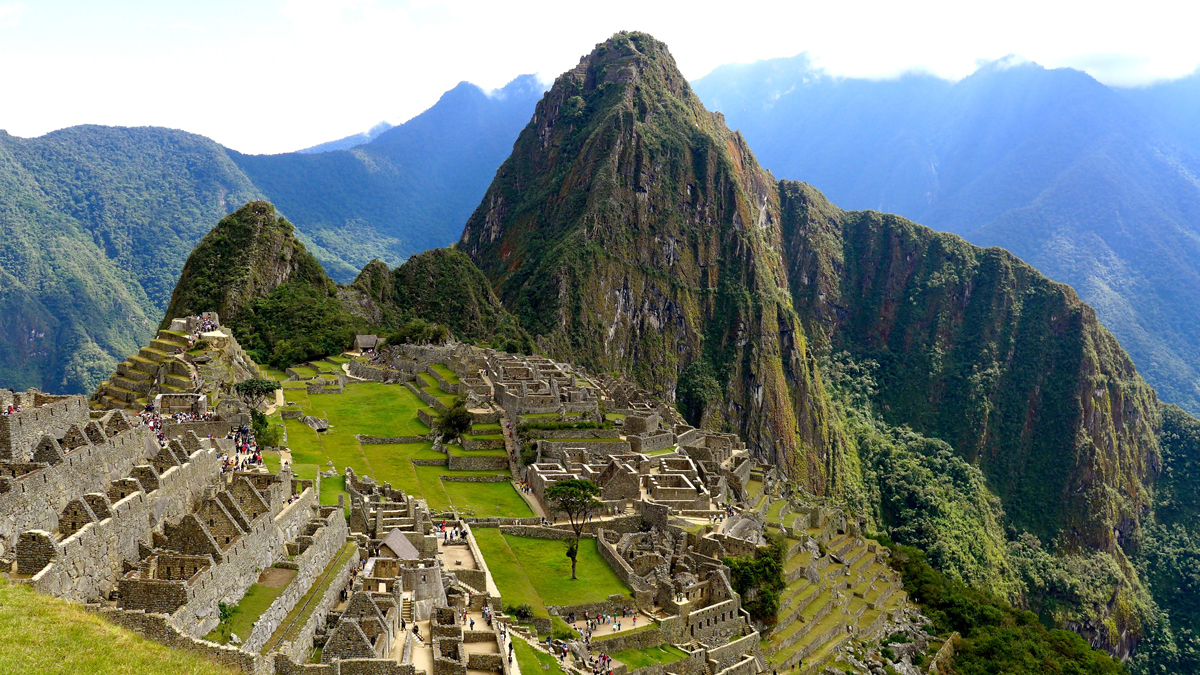 For more mountainous marvels, head west from Brazil to Peru – and back several centuries in time.

The Incan citadel of Machu Picchu, located 7,000 feet above sea level, was built in the 15th century, and even the ruins that remain today are hugely impressive.

Machu Picchu is shrouded in mystery. Archaeologists believe it may have been a royal estate or a religious site, although wilder theories suggest that it was a prison or a women’s retreat.

It was abandoned around one hundred years after it was built, and then lay forgotten by all but those who lived nearby until 1912, when a farmer pointed a US archaeologist in its direction.

Today’s remains include 150 buildings – such as baths, houses and temples – plus walls, terraces, stairways and ramps, all scattered over a five-mile site. The structures blend into the beautiful setting, a tropical mountain forest on the eastern slope of the Andes.

Getting there from the nearest city of Cusco involves a train, bus and walk, or you could spend four-to-six days hiking the Inca Trail.

Remember to make sure you've got the right cover for vacation activities such as wilderness hiking – a non-standard travel insurance policy could be the best option.
Perhaps the least-known to British travellers of the new seven wonders, these ruins are the remains of a Mayan city whose heyday was from around 600 to 1200 AD. It’s likely to have been one of the great mythical cities featured in later Mesoamerican literature.

Chichén Itzá’s highlight is the Kukulkan Pyramid, also known as ‘El Castillo’, or the castle, which features steps up all four sides, a temple on top, and plumed serpent sculptures running down the northern balustrade.

The best time to view El Castillo is around the spring and autumn equinoxes, when the late afternoon sun casts shadows that resemble a feathered serpent crawling down the pyramid.

It’s around two hours from the popular holiday destination of Cancun, but there’s so much to see that you will want to do more than a day trip.

Why are there only 7 Wonders of the World?

Today’s seven modern wonders of the world echo the seven wonders of classical antiquity, chosen when the expansion of the Greek Empire meant that travellers could marvel at new, exciting places abroad.

These classic wonders were all found around the Mediterranean and Mesopotamia – the heart of the ancient Greek world.

The list that is today accepted as definitive was compiled by Philo of Byzantium in around 225 BC. However, it was hotly contested by other writers including Herodotus, Callimachus of Cyrene, and Antipater of Sidon.

Why Philo picked that number is not known – but seven has long had mystical and poetic connotations, such as the ‘seven seas’ or the ‘seven sages’ of Greece.

Today, it’s even harder to limit the wonders to just seven as we have the entire globe, and even more of human history, to explore.

The entries on today’s list have undergone a rather more rigorous selection process than those on Philo’s.

With so many stunning places to visit across the world, you may have your own nominations to explore and add.

Just remember to buy non-standard travel insurance before you embark on your global journey of discovery!

What were the 7 Wonders of the Ancient World? 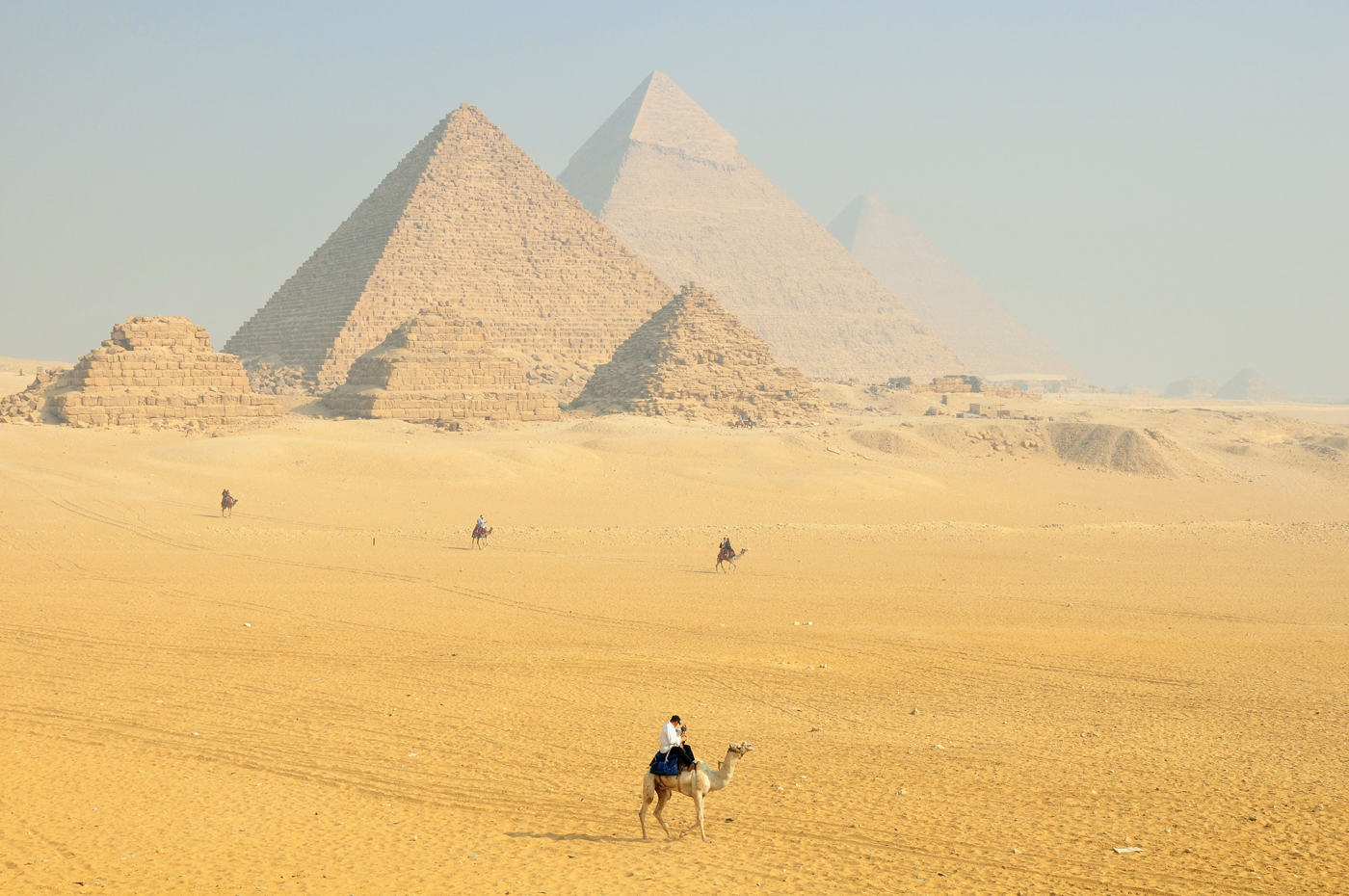 It's a classic quiz question, but how many of them can you name? Here's the Ancient History Encyclopaedia to help you out:


Get a quote for non-standard travel insurance today

Wherever your holidays take you, Insurance Choice has you covered.

Many people dream of travelling the world but are dismayed to find that by the time they have the leisure to do so, they are too old to get standard travel insurance.

They may have acquired disabilities or illnesses, which are categorised by insurers as pre-existing medical conditions, which makes it harder to get cover.

Some intrepid adventurers may be looking to take one last vacation – but discover that a terminal diagnosis prevents them getting travel insurance.

Others, including younger travellers, simply find it hard to find the right cover for longer trips, or for more adventurous explorations off the beaten track.

Non-standard insurance from Insurance Choice is tailored to suit you, your needs and your travel wishes.

So you can visit every location on your personal list of wonders of the world, safe in the knowledge that you’re protected.

Get a quote today and start on your very own journey of wonder!
Contact us