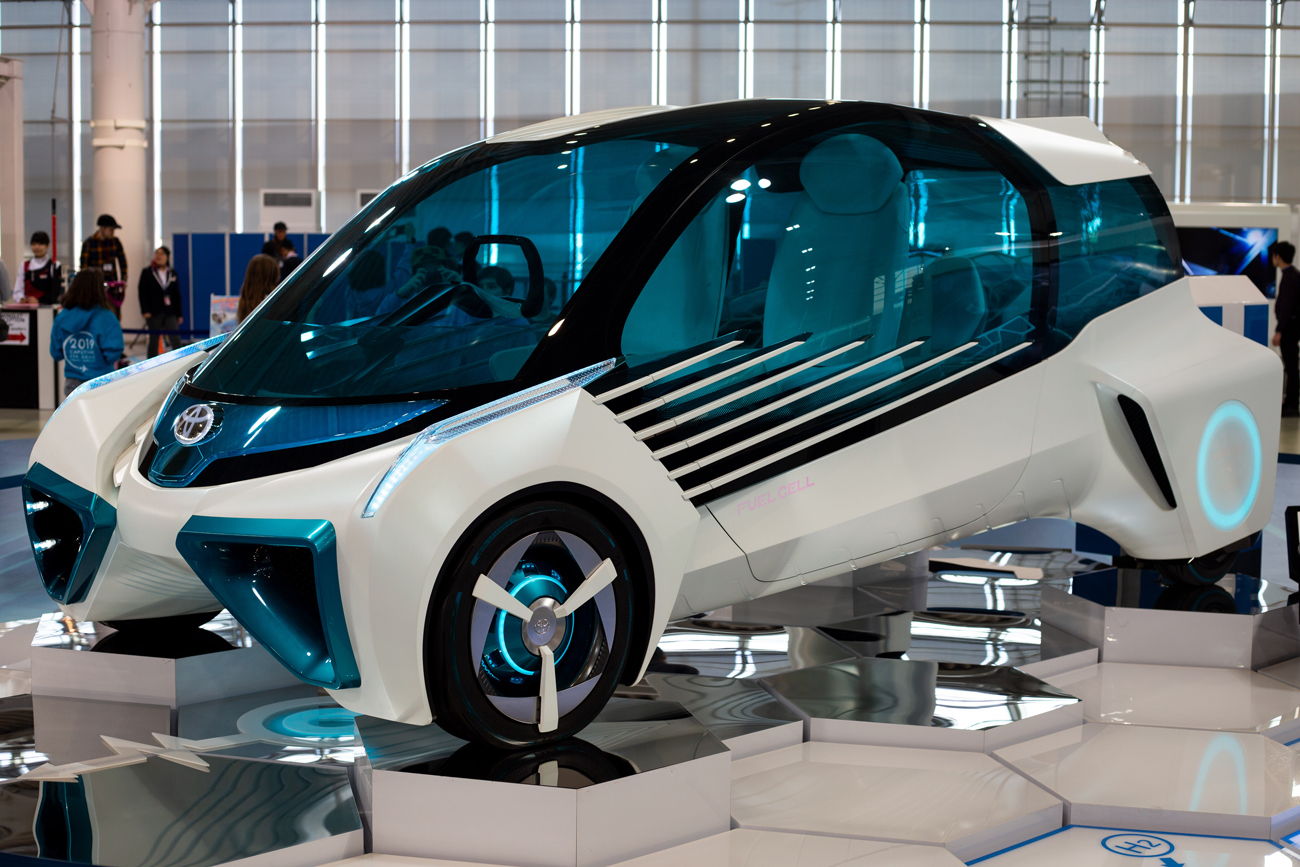 Faced with the ongoing climate crisis, the cars we drive need to be more sustainable. Petrol- and diesel-fuelled cars are not the future and the global push away from fossil fuels is gathering momentum.

Manufacturers are looking towards a range of fuel alternatives to keep the motor industry running. These include electricity, hydrogen, compressed natural gas, ethanol and biodiesel.

Of those, electric vehicles have probably been the fastest to catch on. Global sales of electric cars rose sharply in 2020, rising by 43% to more than three million, despite overall car sales dropping by a fifth during the coronavirus pandemic.

By comparison, sales of hydrogen cars come nowhere close to this level. The result is that car manufacturers are happy to invest in electric vehicles, but see hydrogen as a niche technology.

However, those outlooks may be changing soon.

As your motor trade business adapts for the future, so too should your motor trade insurance. Talk to the team at Insurance Choice today to make sure your cover is suitable for your changing circumstances.

How does a hydrogen fuel cell car work?

A hydrogen fuel cell car is essentially an electric car, but the power is generated by a series of chemical reactions between hydrogen and oxygen.
When you fill a car with hydrogen, it’s stored in a secure fuel tank. From there, it is fed into a fuel cell where it combines with air to generate electricity.

Within the cells, hydrogen atoms split into protons (which turn into pure water waste) and electrons (which provide the power needed to work the vehicle’s electric motor).

There are lots of smaller chemical reactions taking place in the fuel cell at the same time. And there is also a battery, which conserves power that can be used later (usually when more power is needed).

The technology behind hydrogen cars is still being developed, meaning there’s no one-fixed type of automotive fuel cell on the market right now.
So how do hydrogen fuel cell cars actually work? Well, there’s a long answer. And a short one.

The longer answer starts with the fact that hydrogen doesn’t occur naturally. As a result, it has to be extracted, compressed within fuel tanks and then mixed with oxygen in a fuel cell stack to create the electricity required to power a vehicle.

The short answer? You fill the tank with hydrogen which converts into electricity to power the car. If you’re a driver of a hydrogen car, that’s all you really need to know.

Hydrogen is the most abundant element on earth and has been used to power engines since the early 1800s.

But while it is the cleanest type of fuel out there, it also has a reputation for being dangerous. That almost certainly has something to do with the Hindenburg disaster, where an airship full of hydrogen exploded killing 36 people.

It’s true, hydrogen is flammable. But petrol is also flammable – and we’ve been carrying gallons of that around in our cars for years.

The flammable nature of hydrogen has been taken into consideration in the design of modern hydrogen cars. The hydrogen used in cars is pressurised and tanks are designed to contain this pressure and not to leak.

Even if hydrogen were to escape, because it’s lighter than air it would soon evaporate into the atmosphere.

The result is a car that is no more dangerous than any other vehicle on the road. As anyone who deals with cars day-in, day-out knows, safety is paramount. Which is why having insurance for motor trade businesses makes total sense. 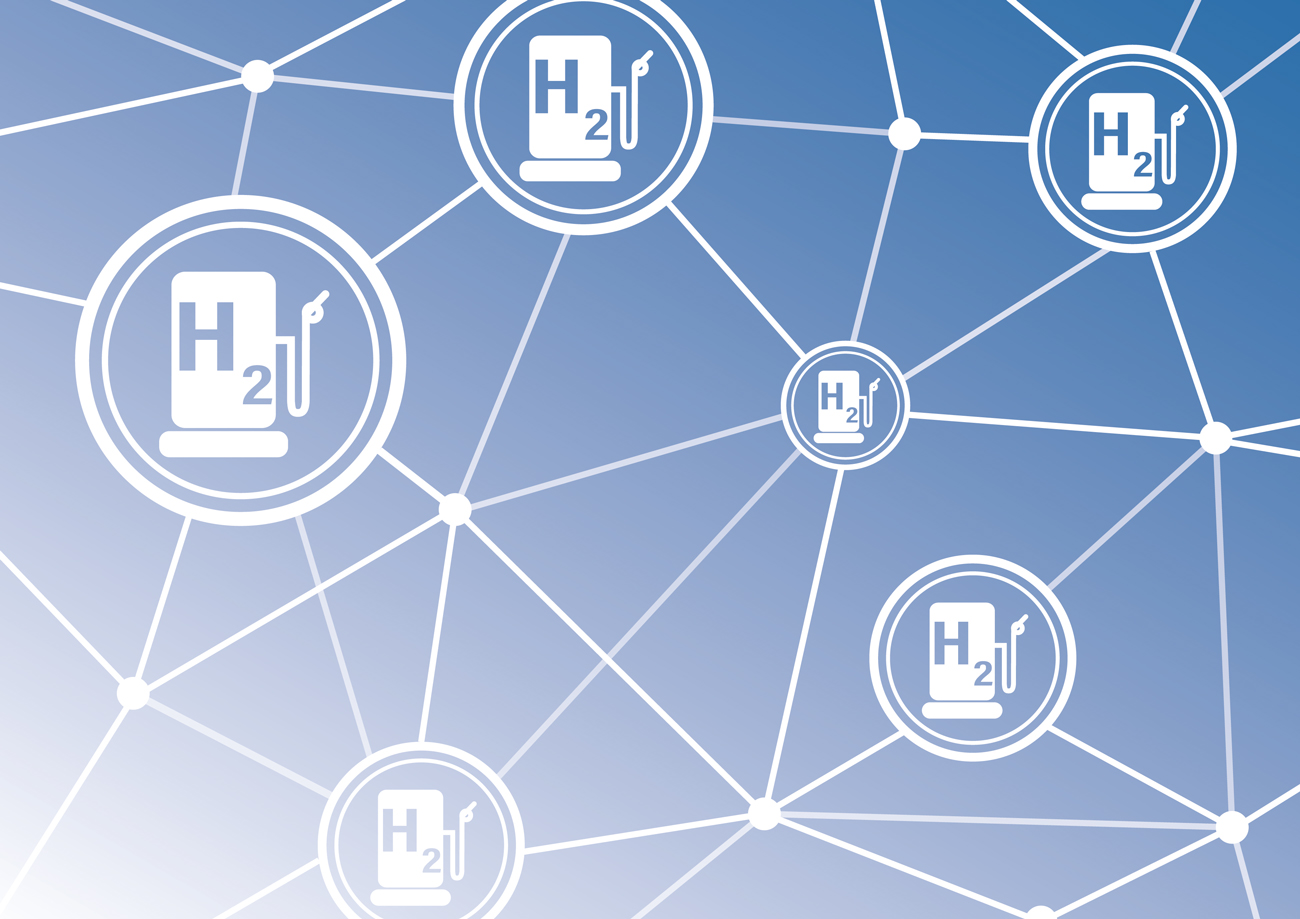 Who can buy a hydrogen fuel cell car?

Despite significant investment in hydrogen technology by car manufacturers since the 1990s, only Honda, Hyundai and Toyota currently make fuel cell cars you can buy. Of those, just the Hyundai NEXO SUV and the second-generation Toyota Mirai are available for purchase in the UK at the time of writing.

Jaguar Land Rover is working on its own hydrogen SUV, while BMW, Ford, Nissan and Mercedes have all been linked with hydrogen car development. Of those, it is BMW that looks closest to getting a new model on the market. The company has announced that the BMW i Hydrogen NEXT SUV will be available in 2025.

It’s not the technology that’s holding back production and availability. Rather the logistics and cost of establishing a network of hydrogen filling stations.

But that could be about to change. In 2019, the UK became the first country to legislate for net-zero carbon emissions by 2050. This means that all those alternative fuels that companies have put on the back-burner because they are harder to achieve than others, now need to come to the fore.

There is huge potential to harness wind power through off-shore farms to produce zero-carbon hydrogen. Plus, a share of the UK’s natural gas supply could also be converted to hydrogen. And with depleted oil fields and salt caverns just waiting to act as huge hydrogen storage containers, existing infrastructure can be repurposed.

With the right infrastructure in place, hydrogen cars might be hitting motor trade forecourts sooner than imagined. Having the right kind of insurance for vehicles is already important. As the choice increases, so too does the need to find tailored motor trade insurance that covers your needs.

What are the benefits of hydrogen fuel cell cars?

As one of earth’s key elements, hydrogen is readily available. It can be produced on demand – essentially making it an unlimited fuel source.

It is also a non-toxic substance (rare for a fuel source) and is far more fuel-efficient than more traditional fuels. That means a car powered by hydrogen can travel further than a car carrying the same volume of petrol or diesel.

However, the most notable benefit of hydrogen cars is that they produce no emissions. Unlike other power sources, it doesn’t produce CO2 when burnt. In fact, the only waste at the exhaust pipe is water – which could potentially be drinking water. This places hydrogen cars on a par with electric cars in terms of emission-cutting technology.

A number of environmental organisations have stressed the role hydrogen technology will play in achieving net-zero emissions. And taking into account the future of our planet, the emissions-free nature of hydrogen cars has to be one of the top benefits.

Finally, unlike electric cars which can take hours to recharge, hydrogen cars can be filled up in a few minutes via a fuel pump. Plus, a hydrogen fuel cell has no moving parts, meaning less can go wrong, creating fewer maintenance requirements.

What are the disadvantages to hydrogen fuel cell cars?

The most common argument against hydrogen vehicles is that they are less efficient than their electric counterparts.

Despite hydrogen being produced on demand, the process is an expensive, time-consuming one. Separating one element from another is complex, to say the least. If it was straightforward, then more auto manufacturers would have jumped on the hydrogen bandwagon already.

Another drawback is that hydrogen isn’t completely green. It is when used to power a hydrogen car, however to get liquid hydrogen into fuel pumps requires a lot of energy. Plus, because much of the current production is achieved using fossil fuels, it is contributing to global warming.

According to the International Energy Alliance (IEA), global hydrogen production is responsible for around 830 million tonnes of CO2 every year.
It is hoped that the production of hydrogen will become more sustainable over time, moving away from traditionally-produced hydrogen (aka grey hydrogen) towards ‘blue’ hydrogen production (whereby CO2 is captured and stored, and hydrogen is produced at scale from renewable sources).

Research published by the New Scientist suggests that around 2,000 more coastal wind turbines would be required if the UK were to switch to hydrogen trucks, buses and cars rather than prioritising battery-powered vehicles. But as demand increases, we will see more investment being made into finding greener ways of production.

Another disadvantage relates to the current infrastructure. According to data from the industry-led forum UK H2Mobility, there are currently just 11 hydrogen refuelling stations in England (with a further two planned) and another two operating in Scotland. The likelihood of drivers being near a hydrogen fuelling station when they need one is currently fairly low.

Of course, as more people buy hydrogen cars, these infrastructure issues and high costs will soon be remedied. But until that happens, an electric car is the more practical option for the majority of consumers. Could it be a viable option for your motor trade business, too? 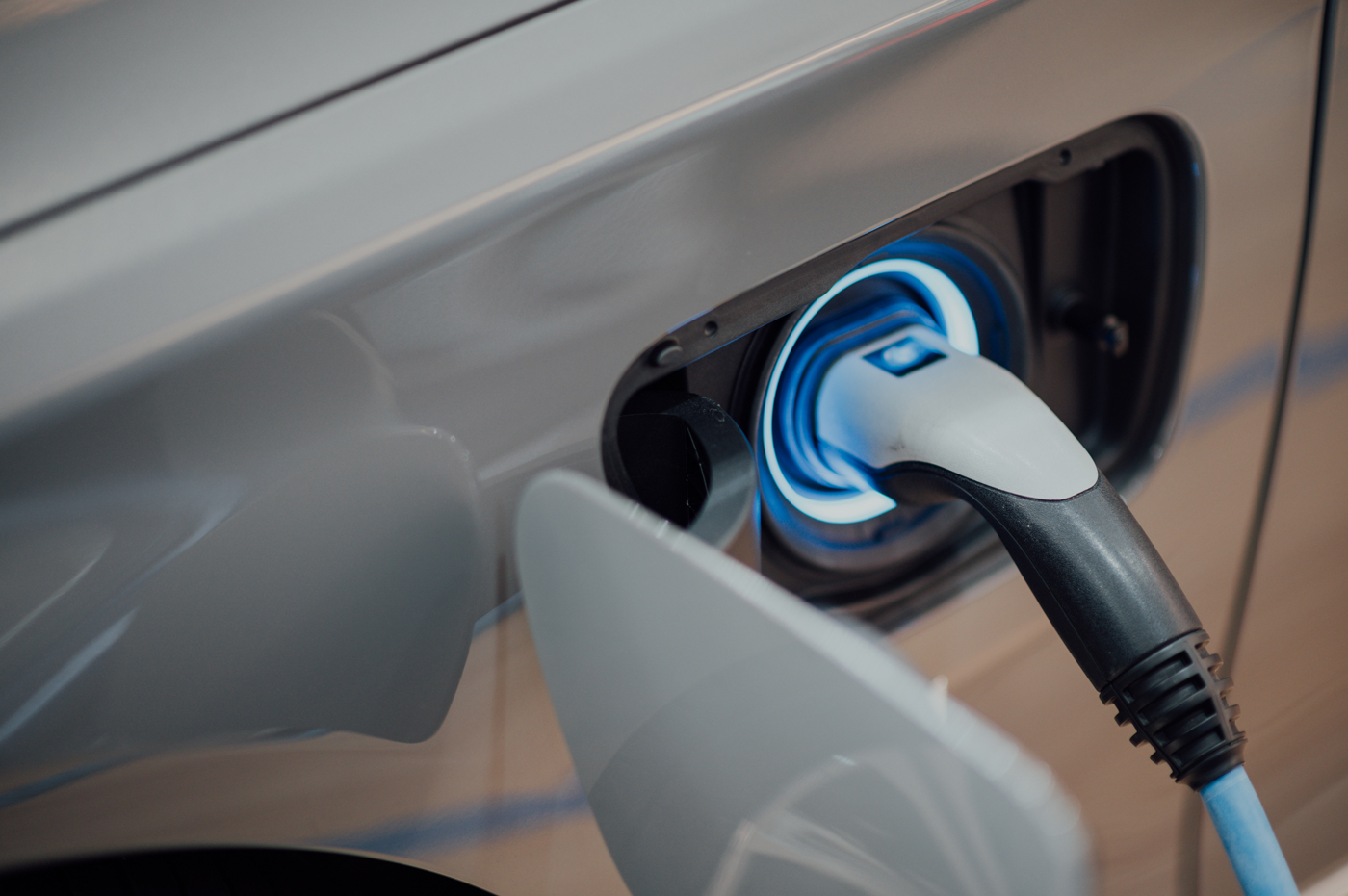 As it stands, only Japan (Toyota) and South Korea (Hyundai) are making sizable investments in hydrogen-powered cars. By comparison, European car makers are lagging behind, focusing more of their efforts on battery technology.

Looking at the figures, car manufacturers need to sell around 100,000 units a year (before subsidies) to make vehicle production financially viable. However, average sales of hydrogen vehicles in Europe are much lower – in the hundreds.

However, the tide may be turning.

Across the UK, there are already a number of successful large-scale hydrogen fuel cell vehicle fleets in operation – from taxis to buses. Weighing up everything from the location of fuelling stations to having the right motor trade cover for hydrogen fleets, these early adopters are already making headlines. Private taxi company Green Tomatoes’ fleet of hydrogen fuel cell cars in London has passed the one million miles mark, saving tonnes of CO2.

In March 2021, the UK government announced £54 million in funding for innovative green projects creating the next generation of hydrogen-powered buses and electric trucks. That could translate into almost 10,000 new jobs and 45 million tonnes of carbon emissions saved.

As Celia Greaves, founder and CEO of the UK Hydrogen and Fuel Cell Association explained: “Research has highlighted how hydrogen could become the most competitive low-carbon option by 2030 for rail, medium and heavy-duty trucks, long-distance passenger cars, and long-distance buses.”

She continued: “Unlike electric vehicles in these applications, hydrogen-fuelled fuel cell transport provides the range that users are looking for, and offers an experience comparable with current options; for example, with regard to refuelling times and payload.

“As deployment scales up and costs – both of vehicles themselves and infrastructure – come down, this will open more doors for hydrogen in transport.”
We are also seeing growing commitment to hydrogen across Europe, too. France and Germany (Europe’s two biggest industrial and economic powers) have pledged a combined €16 billion to hydrogen power generation technologies.

Momentum is building for hydrogen as a viable alternative fuel, but for the foreseeable future, electric cars will be the more popular of the two.

The likelihood is that we will end up seeing a mixture of both electric and hydrogen cars on our roads moving forwards. It will all come down to personal buyer preference. For some people, charging an electric car is convenient and cheap. For others – home charging might not be an option, in which case, hydrogen could be the solution.

A combination of both green automotive technologies is key to a more sustainable future. We cannot afford to pit one against the other if the transport sector is to become decarbonised.

What we now need is a heightened level of ambition and scale across hydrogen production from across the transport sector.

Because unlike batteries, there’s still an awful lot to play for in the hydrogen fuel cell car space.

For more information or to get a free quote, call our team of experts on 01384 429900 or complete our online form.

Policy benefits, features and discounts offered may very between insurance schemes or cover selected and are subject to underwriting criteria. Information contained within this article is accurate at the time of publishing but may be subject to change.
Contact us