Where are the hotspots for subsidence risk homes? | Blog 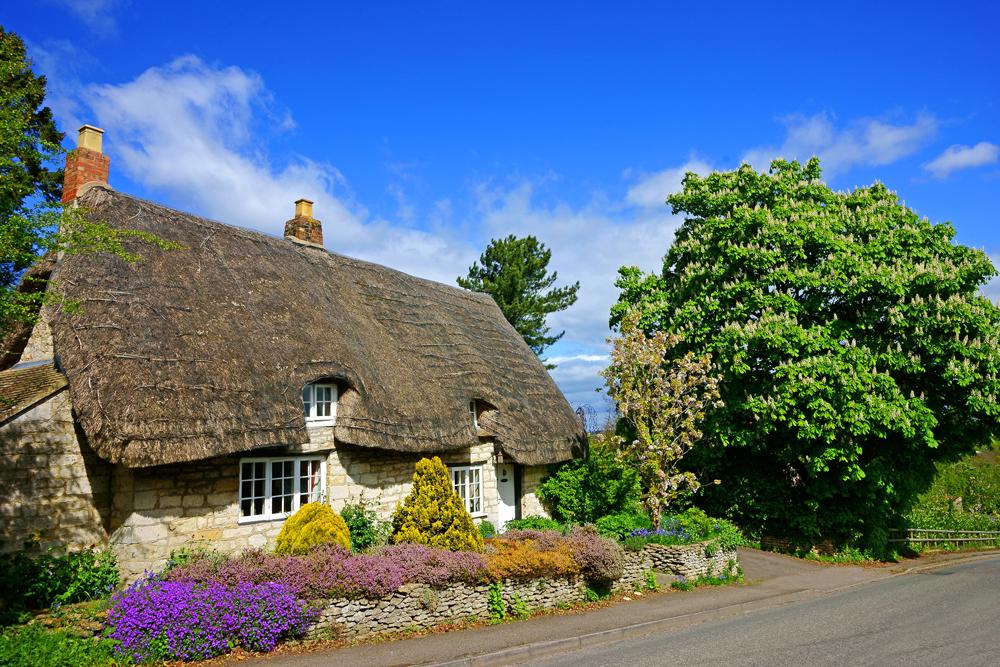 Last summer, British insurers announced that claims on home insurance reached their highest level for 12 years after a very large rise in subsidence due to dry weather.

Over 10,000 homeowners made claims worth £64 million, and the area most affected was South East England – notorious for having many properties built on clay soil, making them especially susceptible to subsidence. It’s an issue that affects thousands of house buyers, sellers and businesses. Statistics suggest that up to 20% of residential properties in England and Wales could be running the risk of subsidence.

When the ground under a property falls in level, it causes the foundations to shift downwards. As a result, there is pressure on the building’s structure, which is why cracks appear. The commonest chain of events is that the soil shrinks, tree roots absorb too much water and drains and pipes start leaking, causing the ground surrounding the property to become softer. This weakens the foundations’ ability to bear weight, with the resulting movement of the foundations.

The climate in the UK is characterised by variable rainfall and a mixture of warm and cool weather, precisely the conditions where subsidence becomes more likely in some areas.

Many owners face severe financial consequences if their homes are affected by subsidence or heave. In fact, this isn’t a problem necessarily linked to where your permanent residence is. Many holiday homes in the UK are left unoccupied for large parts of the year and without regular checks, if subsidence appears, there is no one around to pick up on the warning signs.

Properties built on clay are particularly at risk of being affected by subsidence in long, dry summers as trees and shrubs suck moisture from the soil, which results in buildings starting to move laterally on their foundations. Standard house insurance coverage isn’t sufficient in these cases – subsidence risk home insurance and unoccupied home coverage will ensure that you won’t be left out of pocket if you arrive at your property and discover the worst.

What type of soil is most susceptible?

Subsidence can happen anywhere, but in some places it’s more likely because of certain soil types like clay, silt, sand and gravel.

Clay and silt are ‘cohesive’ soils, meaning the volume varies depending on the moisture content – these soils expand when moist or wet, and shrink when dry. 75% of UK ground subsidence cases are caused by soil shrinkage, so if you live in an area of cohesive soil then you are at greater risk.

On the other hand, sand and gravel are ‘non-cohesive’ soils – they don’t vary in size depending on water content, but they can be at risk of being washed away by water flow. Hence, properties in areas with this type of soil may be in danger during and after heavy rain or flooding or if they are situated near a lake or the coast.

With changes in climate causing more extreme weather, be it drought or flooding, this situation is only likely to be exacerbated in the future.

Where are the main subsidence hotspots in the UK?

Subsidence is a relatively common problem across the UK, due to the clay-heavy soil types we have in areas of England and Wales. However, certain areas are more at risk than others.

One of the easiest ways to check whether there is a subsidence risk in the area where you live or are planning to live is to consult a ‘hotspot’ map based on databases of information. This source notes that the areas that suffer the most are the big cities, like London, Birmingham and Manchester. Reasons for this include increased weight and pressure on the ground due to lots of buildings and skyscrapers concentrated over a relatively small area, causing groundwater in the area to run out, which then results in dried out and compacted soil.

London is a particular hotspot for subsidence. Most properties in the Greater London area are built on London Clay, which is one of the most shrinkable of soil types of all as it’s highly susceptible to changes in volume caused by high water content. In fact, London has the highest ‘shrink-swell clay hazard’ in the country.  The south-east of London is the area most affected by subsidence, but it’s also prevalent in the north west, north and west postcode areas.

Property type doesn’t normally influence the risk of subsidence, but a lot of properties built in the Victorian and Edwardian eras in North London have shallow foundations, and when combined with the soil, are susceptible to being affected. Be aware of cracks when viewing potential homes in North London, as this could be a sign of subsidence.

Having said that, there may be other areas near the coast where the warm and temperate climate can combine with moisture seeping into the ground to create a higher-than-average risk of subsidence. This is why it’s crucial to check for cracks regularly if you have an unoccupied holiday home or even a property you let over holiday periods.

Your insurance coverage needs to be non-standard both for properties left unoccupied over a period of time longer than 30 days, as it does if there is a known risk of subsidence. It’s essential to get a chartered surveyor with a good knowledge of the local area to scour the building for cracks, stuck windows and doors and misalignments. The surveyor’s report should tell you about the nature, pattern and severity of any shift in ground level, and whether it’s dormant or active and ongoing.

In broad terms, insurers have identified the 226 postcodes that are most likely to have a subsidence claim, because homes there are built on clay – all of which are in the south east.

Natural ground stability refers to the upward, downward or sideways movement of the ground caused by a range of natural geological phenomena. These movements are normally only centimetres at most but can be larger in abnormal circumstances. Natural ground instability can potentially cause subsidence damage to weaker buildings and structures. Once again, there are companies who can do surveys to determine the degree of subsidence risk to a property, be it negligible, moderate or high.

This map was put together over a two-year period from 2015 to 2017 from the massive amount of data delivered from orbit by the Sentinel satellite series, funded by the European Union. The map is examined for widespread compaction of soils, landslides, eroding coastlines, and the subsidence over landfill and underground work.

Having said that, there are other man-made reasons for weak ground. Loosely packed soil caused by human activities such as excavating and drilling techniques can also cause or accentuate problems. 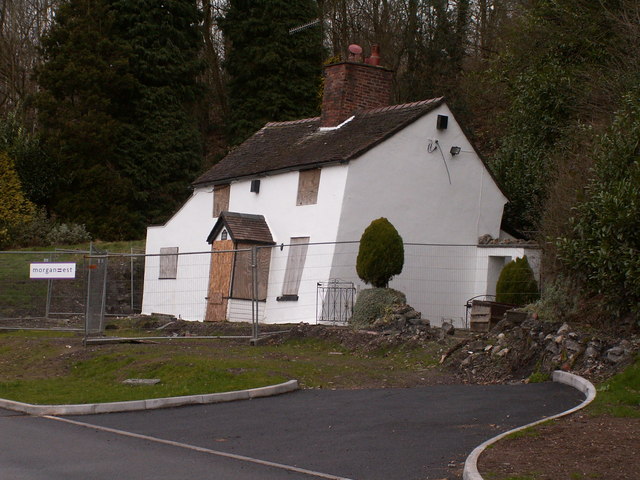 What can you do if you have a home with subsidence risk?

Dry weather has been mentioned a lot as a major factor influencing the emergence of subsidence. However, it’s interesting to note that whereas Summer 2018 was the hottest and driest June for many a year, June 2019 turned out to be one of the wettest on record. As climate change takes increasing effect, it’s ever more incumbent on us to check our properties for signs of a potential problem with subsidence. You can tell if a crack is as a result of subsidence if it’s:

Having pointed that out, cracks can also appear on walls for other reasons, so it doesn’t necessarily mean subsidence. 'Settlement' - where a building settles under its own weight - can also cause cracks to appear on walls, especially in newly-built homes and extensions.

Subsidence doesn’t have to be the end of the world, though. Many home owners across the UK live in properties with a greater or lesser degree of subsidence risk. This risk can be managed when identified. If a property is situated inside what is called ‘The Zone of Influence’ of the surrounding vegetation, especially semi-mature trees, it’s perfectly feasible to manage that situation with the help of a specialist, as it will mitigate further risk - it is basically a matter of keeping growth of large vegetation under control with regular pruning, planning any further plantings carefully - any new shrubbery or saplings (not mature trees) should be planted at least 10 metres away from the property.

The Zone of Influence is the area from which a tree absorbs significant moisture. The extent of the zone depends upon the type of tree and where other trees are situated. A general rule of thumb regarding the Zone of Influence is to imagine cutting the tree at its base and lying it down – would it touch the property? Undertake annual visual assessments of the foul and storm drainage systems (including soakaways) to check for signs of leakage or blockage. Have prompt maintenance done to minimise any future risk.

Can mining cause subsidence?

It’s a good idea to research the mining history of the land surrounding your property. Mining activity from long ago isn’t always fully documented, so getting a report should inform you if the property could be affected by coal-mining activity. It should also notify you of any subsidence claims for properties within 50 metres. Mine networks can extend over large distances underground, making what is defined as the 'surrounding area' more extensive.

Should I avoid purchasing a home with subsidence?

Not necessarily. You need to be alert to the fact once you’ve received the surveyor’s report, though. It might have been satisfactorily resolved through underpinning in the past, so no longer considered a problem.

What may turn out to be more complicated than a regular house purchase is the approach you take to finding home insurance and getting a mortgage. Sometimes, this can still be more difficult than strictly necessary but with the right advice, you should be able to find the non-standard subsidence risk home insurance you need to go ahead with the purchase.

If you’ve done all the necessary research, but are still uncertain about the risks, you can contact the local authority to find out if there has been any subsidence in the past in that location. Finally, you should obtain a structural survey on the property, done by a Chartered Surveyor.

There’s a growing market in enhanced reports on potential ground stability hazards, subsidence, or mining activity. One such provider is Landmark Information, and their sales & product director, Rob Phillipson, points out how many buyers (or owners for that matter) aren’t aware of the risk to properties of a history of subsidence in their area: “When you talk to people about such risks, they don’t often realise the prevalence and regional variances in ground hazards across the country. It is therefore always worth researching risks of this nature.”

Whatever the area and whatever the property, if you are in the slightest bit concerned about subsidence or any other possible risk to the structural integrity of a property you own or want to buy, there are services which will prepare a report on any possible environmental risks, not only subsidence.

Because subsidence is classified as non-standard for property insurance purposes, it’s important to find the best possible cover for your needs.

Here at Insurance Choice, we can compare quotes for subsidence risk home insurance for any property – whether it’s going to be your holiday home or your main residence.


Policies through us can cover most non-standard risks. Things like:

Remember we can also give you no-obligation quotes for holiday home insurance, too, so you can be sure that your property is protected against fire and other accidents even if you’re away for several months at a time.

Holiday home insurance with Insurance Choice can include things like:

Talk to our team of friendly specialists today, and we can search our panel of trusted insurers to find just the right cover for you.
Contact us