What are the 4 main sectors of skilled trades? | Blog 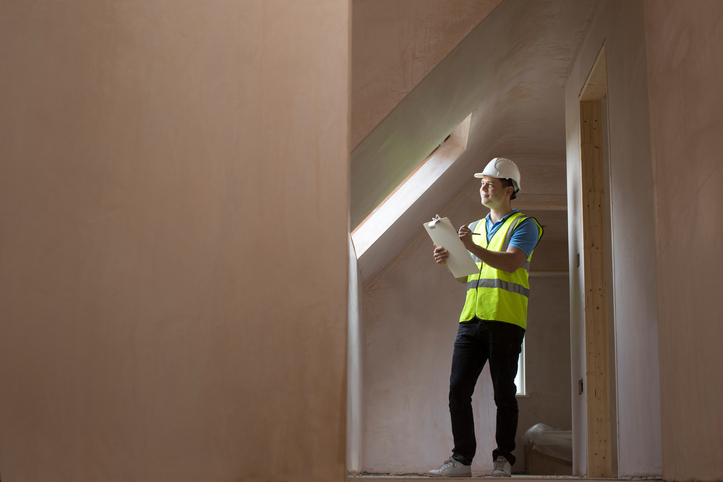 Having a skilled trade under your belt can set you up with a job for life. As Logic4training, the UK’s leading building services training provider points out, there are many reasons why people choose the skilled trades as a long-term career option. These include:

If you’re thinking about striking out on your own as a self-employed tradesman, you’re not alone. According to the latest figures, self-employed workers now make up around 15% of the UK population – a figure that’s been steadily rising since 2001.

Better still, the number of skilled tradespeople bagging a six-figure sum for their annual turnover has risen by 60% since 2015.

Of course, there is plenty to learn about setting up your business, from creating a business plan and marketing to getting the right tradesman insurance. But for now, let’s take a closer look at some of the most popular skilled trades in the UK, to see where there is most demand (and most opportunity).

According to the Office of National Statistics’ (ONS) Standard Occupational Classification, there are four major sectors for skilled trades. These are:

Working in agriculture can be a challenging yet very rewarding experience. Skilled careers in this sector can relate to jobs cultivating crops, catching fish for human consumption, raising animals, growing plants and trees for sale, tending gardens and parks, attending to the upkeep of sports pitches and taking care of areas of forestry.

Worryingly, a recent survey by Barclays Bank, cited on Country Living, found that only 3% of millennials thought that agriculture was a desirable career option. It uncovered that nearly 40% of farmers in the UK were over the age of 65 and that the number of people under 25 running farms had slipped to 63% in the last decade.

Despite the uncertainty surrounding Brexit and the many challenges the agriculture industry faces nowadays, it still provides a viable, rewarding job option for those people who want to be their own boss, engage in physical rather than desk-based activities, and live a life that’s based in the great outdoors surrounded by nature.

The types of job that fall into this sector include:

Common jobs in this sector include:

The Migration Advisory Committee has recently included electrical engineers on the UK’s skills shortage list, so it’s definitely a sector where professionals are in demand. As Engineering UK points out, some of the core occupations in demand right now include:

And there’s even more good news for skilled electricians – the 2019 Trades Salary Survey from TradeSkills4U, based on official ONS data, found that the average ‘Sparkie’ salary had risen 5% in the last year to £32,315. That brings electrician salaries just in front of plumbers at £31,055 and carpenters at £27,236.

As the government aims to build 300,000 new homes every year by the mid-2020s, it’s looking like skilled construction tradespeople will be in high demand for years to come.

Popular skilled trade roles in this sector include:

Figures cited by Simply Business found that roofers were some of the most highly paid workers in this sector, with average turnover hitting just over £65,000 a year. Joiners followed closely in second place, with an average turnover of just over £56,000.

Simply Business also suggested that your average turnover will be affected by where you live. For instance, carpenters in Sheffield enjoyed the highest average turnover, as did bricklayers in Southampton and electricians in Edinburgh.

This sector encompasses many different trades across textiles, printing and food preparation. Popular job roles include:

While UK butcher numbers may be struggling following the rise of vegetarianism and veganism in the UK, the aging profile of these skilled tradespeople is also a cause for concern. According to figures from the Agriculture and Horticulture Development Board, cited in The Guardian, 75% of butchers have been working in the profession for more than two decades. Time, then, for some fresh thinking and diversification in this sector – a great business opportunity in an industry where UK consumers are still spending £18.3 billion a year.

The popularity of shows like The Great British Bake Off has also seen a rise in the number of artisan bakery businesses popping up around the UK. The UK bakery market is estimated to have a retail sales value of £3.8 billion, so plenty of opportunity to set up your very own bakery business and turn that hobby into a proper business venture with the right training.

Protecting your business with tradesman insurance

Whatever type of trade you end up choosing, you need to make sure you and your business are protected by tradesman insurance.

Here at Insurance Choice, we can compare quotes so you can get the cover you need for a price you can afford. We can even find cover tailored to your specific business needs.

Everything from your tools to your business equipment and legal expenses can be protected. We even offer a flexible payment scheme so you can spread the cost of your tradesman insurance across the year in manageable monthly installments. A great way to budget if you’re just starting out on your own.

Call the team today on 0192 668 0120 to get tradesman insurance that ticks all of your boxes.
Contact us